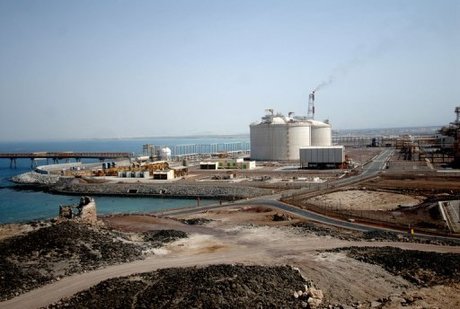 Suspected al-Qaida militants blew up a gas pipeline supplying Yemen's Balhaf export terminal in the Gulf of Aden, the second such attack in a month, a government official said on Monday.

"A gas pipeline was blown up near Mayfaa" in Shabwa province in southeast Yemen late on Sunday, the official said, speaking on condition of anonymity.

"Al-Qaida blew up the pipeline in response to the raids that targeted it" over the past week, the official said.

Witnesses told Agence France Presse that flames were seen flaring into the sky from the site of the explosion that took place around midnight, some 30 minutes after soldiers guarding the pipeline clashed with a group of gunmen.

The amount of damage to the pipeline was not immediately clear and it was not known to what extent supplies of gas, from a field in Marib province, were affected.

On Saturday, Yemeni forces launched a multi-pronged assault aimed at recapturing the southern city of Zinjibar, held by the jihadists for a year.

Quso's name figured on an FBI list of most wanted terrorists, along with a reward of up to $5 million for information leading to his arrest

Further air strikes were launched by U.S. drones against al-Qaida targets on Saturday, in which according to a tribal chief and witnesses 12 militants were killed.

The 320-kilometer pipeline linking Marib province to Balhaf, in Yemen's mostly lawless south, has been repeatedly sabotaged by al-Qaida.

On April 26, the pipeline was sabotaged shortly after it was repaired following a similar March attack.

Two weeks ago, a French security official working for Total was wounded and a Yemeni soldier killed when gunmen attacked their car in Sayun in the eastern province of Hadramawt.