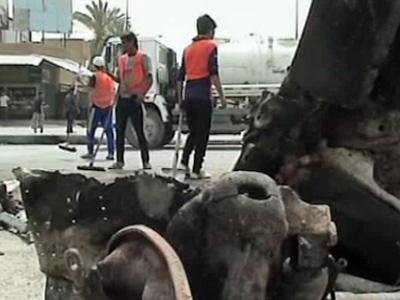 Six people were killed in attacks in central and northern Iraq on Monday, including five who died in a spate of bombings in the former insurgent bastion of Fallujah, officials said.

Two more attacks -- a motorcycle bomb and a roadside bomb -- in the east and west of the city respectively wounded 10 more people, including two traffic policemen, the officials said.

Fallujah is in western Sunni Arab Anbar province. It was one of several towns along the Euphrates valley that became al-Qaida strongholds after the 2003 U.S.-led invasion that ousted Saddam Hussein.

However, from 2006, local Sunni tribes sided with the U.S. military and unrest dwindled in Anbar as rebel fighters were ejected from the region.

Violence across Iraq is down from its peaks in 2006 and 2007, but attacks remain common. A total of 126 Iraqis were killed in April, according to official figures.