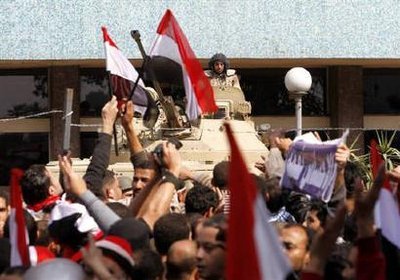 Young militants who spearheaded Egypt's pro-democracy revolution called Monday for a "no" vote in next weekend's referendum on constitutional reform.

"We have decided on our position, we are saying 'go and vote but say no', said Shadi al-Ghazali Harb, a member of the youth coalition which helped to overthrow president Hosni Mubarak last month.

"We want a new constitution and an extension of the transitional period with the formation of a presidential council," he told Agence France Presse.

The changes to be voted on in Saturday's referendum include limiting presidential terms, easing restrictions on presidential candidates and bolstering judicial supervision of elections.

Egyptians will also vote on removing the president's right to order a military trial for civilians.

The Supreme Council of the Armed Forces, which took power after Mubarak's resignation on February 11, has pledged to oversee a transition to a free democratic system.

There are increasing calls for the referendum to be postponed or cancelled, including from presidential candidates Amr Mussa, head of the Arab League, and Mohamed ElBaradei, former chief of the UN nuclear watchdog, who say it is not enough merely to fiddle with the constitution.

Only the powerful Muslim Brotherhood, which was suppressed under Mubarak, has called for a "yes" vote on Saturday.