Official: Only Scenario for ECB is That Greece Stays in Euro 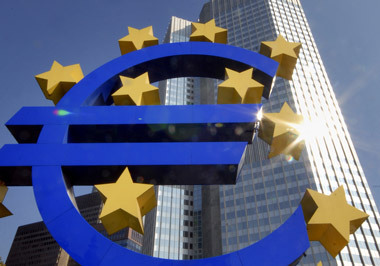 The European Central Bank's "plan A" is for Greece to remain in the single currency and that is the only scenario the central bank is working on, a top ECB official said on Monday.

The ECB's "preference is that Greece remains in the eurozone. That's the Plan A, that's what we're working on," executive board member Joerg Asmussen told a conference in the German capital.

Asked whether the central bank also had a "plan B", Asmussen replied: "There's already been criticism that there is none. But as soon as you start talking about 'plan B' or 'plan C' then 'plan A' is automatically thrown out of the window."

In inconclusive elections on May 6, the majority of Greeks voted against the tough spending cuts and tax hikes prescribed as part of a debt bailout by the European Union and the International Monetary Fund.

Greece will now go into a second election in six weeks on June 17, with the vote shaping up as a straight choice -- accept the bitter medicine and stay in the euro bloc, or refuse it and face the consequences.

Asmussen also said that the ECB remained opposed to any easing of tough fiscal rules agreed by EU leaders earlier this year.

The fiscal pact "must not be renegotiated or watered down," the ECB board member insisted, but noted that member states concerned could complement the accord with a package of growth measures.

These could include, for example, moves to improve the functioning of the single market, particularly in the area of services, labor market reforms and the financing of infrastructure projects, Asmussen suggested.

Suggestions that budgetary consolidation and growth were mutually exclusive were "wrong", he said.

"No-one in Europe is opposed to growth," the official insisted, pointing to Germany as an example of a country which is currently reaping the benefits of tough reforms implemented a number of years ago.