Netjets to Spend Up to $9.6B on New Planes 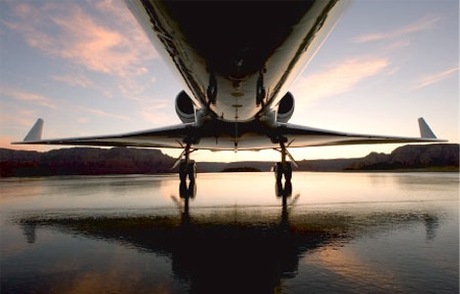 NetJets, which sells partial ownership interests in business jets, said Monday that it plans to spend up to $9.6 billion on as many as 425 new planes from Cessna and Bombardier.

CEO Jordan Hansell said the orders reflect that NetJets, which is owned by Warren Buffett's Berkshire Hathaway Inc., is "optimistic about the economy over the long term."

The deals are part of NetJets' 10-year plan for "refreshing" its fleet and keeping up with rapid developments in aircraft technology and amenities, he said.

They follow a $6.7 billion deal in March 2011 between NetJets and Bombardier Inc., which is based in Montreal, and a $1.3 billion deal in October 2010 with business jet manufacturer Embraer, based in Sao Jose dos Campus, Brazil.

The Columbus, Ohio, company has placed firm orders for 125 planes so far, 100 from Bombardier and 25 from Cessna, which is owned by Textron Inc. Textron, which also makes helicopters and other vehicles and supplies components to other industries, is based in Providence, Rhode Island.

NetJets has options to buy up to 125 more of Cessna's Citation Latitude planes. Deliveries of the first planes are to begin in 2016. From Bombardier, the deal covers 100 firm orders for Challenger aircraft, with the possibility of orders for 175 more, and deliveries beginning in 2014.

Hansell said the new aircraft that will be faster and more fuel-efficient and have a longer range than similar planes. Their cabins will be larger and more comfortable. And they'll offer advanced in-flight entertainment options and the ability to work online during an entire flight.