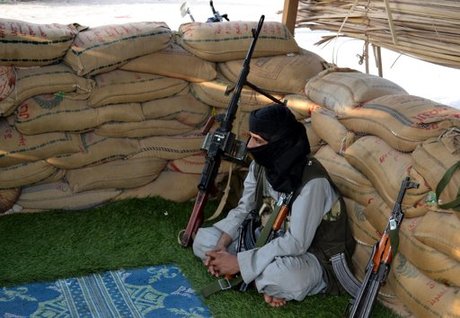 Yemeni air forces raided the only town in the southern Abyan province where jihadists still have a strong presence, killing three al-Qaida militants on Wednesday, a top official in the town told Agence France Presse.

"Three al-Qaida militants were killed and seven others wounded in an air strike that targeted one of their positions in the town of Mahfad," said Yaslam al-Anburi.

There have been several air raids on the town since Tuesday, Anburi added.

In adjacent Shabwa province, a U.S. drone killed five militants on Tuesday, when two missiles pulverized the car they were traveling in, tribal sources said.

Al-Qaida elements have fled to Shabwa after government forces drove them out of their strongholds in Abyan, including the provincial capital Zinjibar -- which jihadists captured last year -- in an offensive that began on May 12.

Taking advantage of a central government weakened by an Arab Spring-inspired uprising last year, al-Qaida-linked militants had captured Zinjibar, Jaar, Shuqra and other towns across Abyan.

Do you've any? Please let me recognise so that I may just subscribe. Thanks.