17 People Killed in Attacks across Iraq 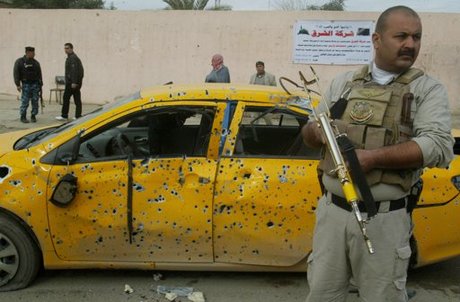 Attacks in Iraq killed 17 people on Thursday, including four members of a family who were murdered with knives, security and medical officials said.

Militants attacked the house of a Turkmen family in Kirkuk in northern Iraq, killing a father, mother and two daughters with knives.

An Agence France Presse journalist at the scene said that the bodies of the husband and wife were in one room, and the two daughters in another. Blood was everywhere.

A police source said that nothing was stolen, and that it appeared to be a revenge attack.

Gunmen also shot dead four police in Tikrit, north of Baghdad, while three members of the Sahwa anti-Qaida militia were killed by a bomb near Balad, also north of the capital, security and medical officials said.

In north Baghdad, a car bomb in the Husseiniyah area killed three people, an interior ministry official said, adding that incensed residents then attacked federal police and burned some of their vehicles.

A health ministry official put the toll at five killed and 17 wounded.

Gunmen attacked a checkpoint near a police station northeast of Samarra, killing one police and one Sahwa member, a police captain and a medical source in Samarra hospital said.

An army officer said that gunmen also attacked a checkpoint near Dujail, also north of Baghdad, killing a soldier and kidnapping four others.

The latest violence comes a day after official figures put the number of people killed in attacks in July at 325, the highest monthly death toll since August 2010.

While violence has decreased compared to its peak in 2006 and 2007, attacks remain common across Iraq. There were attacks on 27 of the 31 days in July.