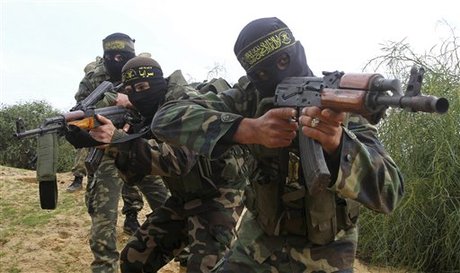 A member of the armed wing of Gaza's ruling Hamas movement died when a bomb he was guarding exploded accidently, the Palestinian militant group said on Friday.

The victim, Majed Khalout, was killed when the bomb exploded as he was patrolling the site where it was stored, the Ezzedine al-Qassam Brigades said in a statement.

Witnesses said the incident occurred in a northern district of Gaza City.

A spokesman for the Israeli army said he was not aware of the explosion.

Earlier this month, another member of the Brigades died when a bomb exploded in the car in which he was travelling in west Gaza City.

The Israeli military said it was not involved in that incident.

He learned this technique in Dahieh, long live the Resistance bomb making academy.

By the way how do you "guard" a bomb?