Iran Says No Decision Yet on Ambassador to Egypt 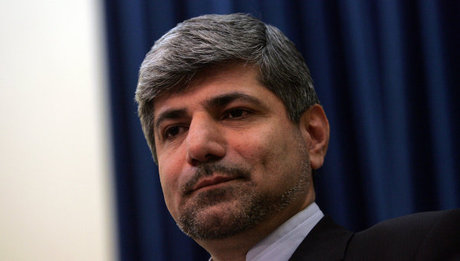 Iran said on Tuesday it is yet to decide on appointing an ambassador to Egypt, but added that developing ties with Arab world's most populous country is in the interests of both nations.

"The information on appointment of ambassador or other positions are predictions made in a rush, although we are ready to take steps when the Egyptians are willing" to resume relations with Iran, foreign ministry spokesman Ramin Mehmanparast told reporters at his weekly press conference.

"We believe that developing relations between Iran and Egypt are in the interest of both countries and the region," he said in remarks broadcast live on state television.

Mehmanparast said that after the coming to power of a "government in Egypt supported by the people, the leaders of both the countries have declared that they welcome the resumption of relations".

Iran broke off diplomatic ties with Egypt in 1980 after the Islamic revolution in protest at the recognition of Israel by Egypt, and the two countries now maintain only interests sections in their respective capitals.

In April, Egyptian Foreign Minister Nabil al-Arabi declared that Cairo was ready to open a "new page" with Tehran with whom it has had turbulent ties for more than three decades.

"The Egyptian and Iranian people deserve relations which reflect their history and civilization, provided they are based on mutual respect of state sovereignty and non-interference of any kind in internal affairs," he said.

Under the regime of Hosni Mubarak, Egypt had worked to check the influence of Shiite Iran in the region amid concerns in several Arab countries over Tehran's nuclear ambitions and support to the Lebanese Hezbollah movement.