U.S. Court Orders Hizbullah, Iran and Others to Pay $6 Billion for 9/11 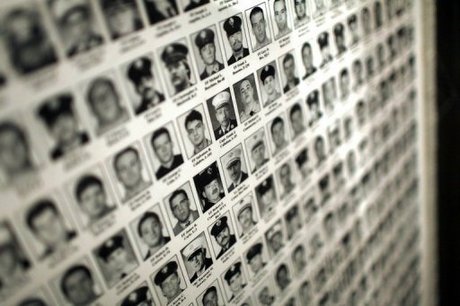 A U.S. judge formally ordered Hizbullah, Iran, al-Qaida and several other defendants Wednesday to pay $6 billion compensation to the victims of September 11, 2001, in a largely symbolic ruling.

Although Iran denies any connection to 9/11, it was included in the list of alleged culprits by the U.S. District Court in New York, along with Hizbullah, Afghanistan's Taliban guerrillas and al-Qaida, which took credit for the massive terror attack.

However, the money, awarded for economic, personal and punitive damages for a total of $6,048,513,805, is unlikely to be recovered.

Al-Qaida founder Osama bin Laden, who is also named, was killed by U.S. Navy SEALs in a raid inside Pakistan in 2011. The Taliban are in an active war with U.S.-led troops across Afghanistan.

The ruling caps a series of court decisions prompted by lawsuits filed by families of 47 victims from among the nearly 3,000 killed on 9/11.

Last year, Judge George Daniels signed a judgment in favor of the plaintiffs. A magistrate then calculated the recommended compensation, which Daniels on Wednesday approved in his ruling.

Bin Laden and al-Qaida claimed responsibility for the attacks, in which hijacked airliners were used to bring down the World Trade Center towers in New York and to crash into the Pentagon near Washington, DC.

The Taliban ruled Afghanistan at the time and were giving shelter to al-Qaida. Iran was blamed by the U.S. court partly because some of the hijackers passed through the country on their way to carrying out the attacks.

oh yeah, hzeb and qaida, and iran and saudi all hand in hand.
retards.

now that you mention it...

WWII was also the fault of Hizbullah. It was Hizbullah whom gassed millions of jews not Germany:)

Flame Thrower, I only complained that the writer of the orginal comment claimed that the Holocaust was caused by Hizballah.
Everybody knows that no-one had even thought (or dreamed) of Hizballah in the 1940's.
Rudy - The feelings of the Jews would not be hurt by that comment, it would rather make them laugh when someone claims that the holocaust was caused by an organistation which wasn't formed until 30 years later.

i think you missed the point. that was the joke

Yes and they forgot to mention the blacks and Gay community and their likes!