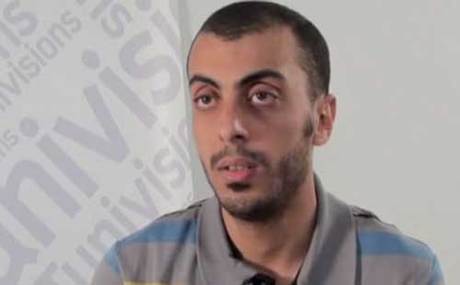 The trial of a Tunisian blogger who has voiced fears of creeping Islamization and is charged with drunkenness and indecency during Ramadan was adjourned on Tuesday, Agence France Presse reported.

At the hearing in Menzel Temime, 100 kilometers (60 miles) south of Tunis, the prosecution announced that Sofiane Shurabi and his journalist friend Mehdi Jelassi would be tried for drunkenness and indecency.

The latter charge, which had earlier been dropped, carries a possible six-month jail term.

The next hearing was set for October 16.

The two men were arrested at the beginning of August for allegedly drinking alcohol in public -- on a beach -- during the Muslim holy fasting month of Ramadan.

The trial was adjourned until next week at the request of the lawyer representing Hassan Khmiri, a "moderate Islamist" who claims he was the victim of a "moral offence" because of the incident.

"The behavior of Sofiane Shurabi was nothing but a provocation against Islamists," Khmiri's lawyer Maher El Arbi told AFP.

The blogger, who became a renowned critic of Tunisia's deposed president Zine El Abidine Ben Ali and has since attacked the ruling Islamist party Ennahda, denounced the trial as politically motivated and unfair.

"It is an unfair trial, completely made up and baseless. It is about intimidating the opponents of Ennahda's policies," Shurabi said before entering the courtroom on Tuesday.

In court, he insisted that "his confessions... were made under police pressure," according to his lawyer, Anis Ezzine.

"This trial has a purely political dimension. My client was arrested for what he wrote, in view of his critical attitude towards the Islamist party," Ezzine added.

The trial comes at a time of heightened concerns in Tunisia over freedom of expression, and following a spate of attacks by hardline Salafist Muslims over the summer on targets deemed un-Islamic.