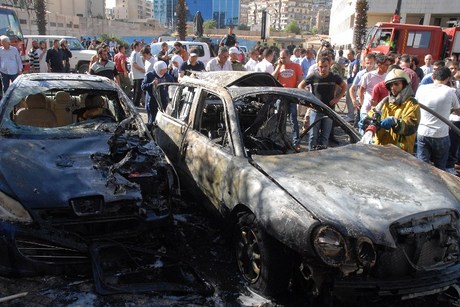 Syrian Islamist group al-Nusra Front has denied responsibility for a bombing in Damascus that dramatically shattered a ceasefire, instead blaming the regime, SITE Intelligence Group reported on Sunday.

Friday's car bomb explosion struck a residential area housing police officers and their families, killing at least eight people and wounding more than 30, on the first day of an attempted ceasefire for the Muslim holiday of Eid al-Adha.

The al-Nusra Front had said it would not abide by the ceasefire but in a statement reported by the U.S.-based monitoring service the group denied any involvement in the blast.

The statement posted on the Internet on Saturday said the group "washes its hands" of the attack, saying it only goes after government and military targets.

It vowed to respond with "strong, destructive action" to what it called "the contemptibility and obscenity of the regime's explosion".

Al-Nusra Front fights independently of the main rebel Free Syrian Army. It has claimed responsibility for many suicide attacks and deadly bombings.