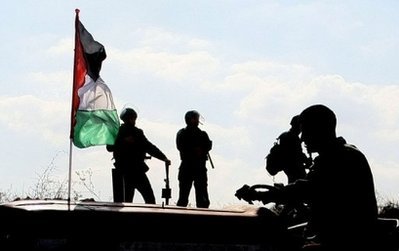 They said dozens of troops had surrounded his house at around 3:00 am (0100 GMT) and opened fire when he initially didn't response to calls to come out, causing part of the house to collapse. They then arrested him.

Youths in the village pelted troops with stones, prompting them to fire tear gas, with several people treated for tear gas inhalation, an AFP correspondent said.

Witnesses also said another Islamic Jihad activist, Mohammed Najjar, 30, who was released from an Israeli jail last year after serving his sentence, was arrested by troops in Al-Fawwar refugee camp, south of Hebron.

And in the south Hebron Hills, witnesses reported seeing 47-year-old Said Rabbah being beaten then arrested by troops. They said his 20-year-old daughter Maryam was also beaten, but not arrested.

She was taken to hospital in the nearby town of Yatta for treatment, they said.

The Israeli military could not immediately confirm the arrests, but said it would look into the reports.