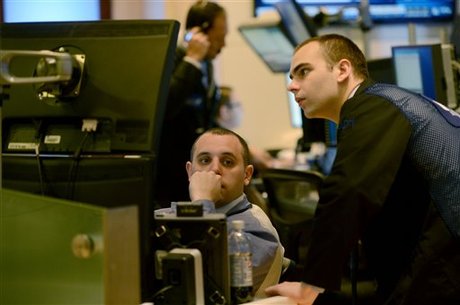 Oil prices drifted Monday as traders worried about the threat to the U.S. Economy if lawmakers and President Barack Obama don't reach an agreement to avoid automatic tax hikes and spending cuts.

Benchmark crude for December delivery was down 23 cents to $85.84 a barrel at late afternoon Bangkok time in electronic trading on the New York Mercantile Exchange. The contract rose 98 cents to finish at $86.07 per barrel on the Nymex on Friday.

Obama and congressional leaders face a Jan. 2 deadline to reach an agreement or at least come up with a framework to deal with expiring Bush-era tax cuts and automatic spending cuts to defense and domestic programs — known as the "fiscal cliff."

Economists say the cuts could total $800 billion, cost 3 million jobs and plunge the U.S. back into recession. Analysts say more stock market turmoil could arise as the deadline approaches.

Obama was to begin talking to lawmakers in Washington this week on a deal.

Brent crude, used to price international varieties of oil, fell 48 cents to $108.92 a barrel on the ICE Futures exchange in London.