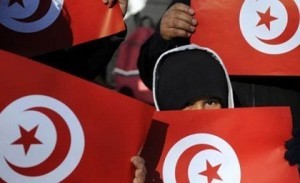 The case against a young Tunisian woman allegedly raped by two policemen has been dropped, her lawyer said on Thursday.

The case was dismissed "against the woman and her boyfriend," lawyer Emna Zahrouni said.

The 27-year-old rape victim faced possible indecency charges with her fiance based on the testimony of the alleged rapists, policemen who say they took the couple by surprise in an "immoral position" just before the attack purportedly took place.

The case sparked a storm of protest in Tunisia, with NGOs, media and opposition figures saying the proceedings had transformed the victim into the accused and reflected the Islamist-led government's policy towards women.

Prime Minister Hamadi Jebali, from the ruling Islamist party Ennahda, said in October that the policemen, arrested shortly after the incident, would be "severely judged."

But he also said there may be a case of indecency to answer.

However, Tunisian President Moncef Marzouki in October offered a state apology to the woman.

"The Tunisian president received the young woman raped by the policemen... and after listening to the details of this painful case... he expressed total sympathy (with the woman) and offered a state apology," a statement from his office said.