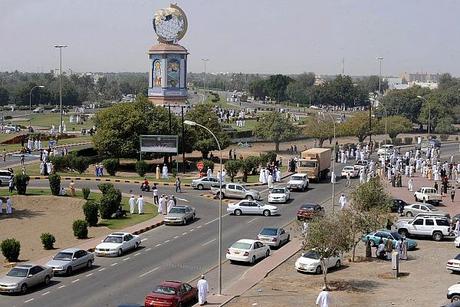 An Omani appeals court upheld on Wednesday jail sentences ranging from six months to one year against 23 activists convicted for defaming the sultan and taking part in pro-reform protests last year.

The court in Muscat confirmed a one-year jail term against 11, including writers and bloggers and a young woman, accused of insulting the sultan and cyber crimes, ONA state news agency said.

The activists were sentenced in August but are out on bail. They were each ordered to pay a fine of 200 rials ($550) at the time.

The court also confirmed six-month jail terms against 11 other activists convicted of taking part in an unauthorized public gathering and ordered them to pay each a 200-rial fine, ONA said.

Meanwhile, the court also upheld the suspension of a six-month jail term against a man convicted of insulting the sultan.

The defendants are part of a group of 36 activists arrested in June for demanding political reforms in the Gulf state that has been ruled by Sultan Qaboos for the past 42 years.

The usually calm Oman was hit by a wave of protests last year demanding political reforms. Riot police dispersed the demonstrations with force.

Sultan Qaboos responded by reshuffling the cabinet and increasing the powers of the consultative assembly.