Syria-Based Opposition Says Jihadists May Be Pretext for U.S. Intervention 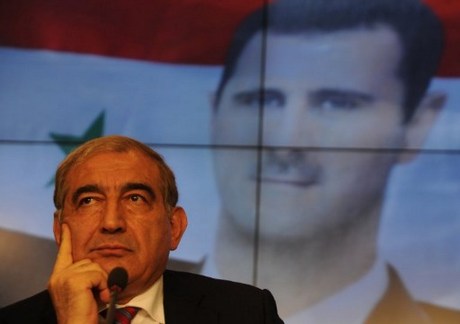 An opposition leader tolerated by the Syrian regime said Friday that the blacklisting of the jihadist Al-Nusra Front by Washington may be used to justify foreign intervention in the country's crisis.

"The question is, why did they (the Americans) put Al-Nusra Front on their list of terror organizations," demanded Qadri Jamil, Syria's deputy prime minister for economic affairs and head of the Popular Front for Change and Liberation, an opposition party tolerated by the regime.

"I am afraid it is to justify interference in Syrian affairs," he told a press conference in Moscow, broadcast by Syrian state television.

He further said he feared that the U.S. would carry out "air strikes on Syrian soil".

"I'm very skeptical because I do not trust the U.S. position," said Jamil, adding that "the armed factions in Syria receive their orders and support from the West itself".

On Tuesday, Washington blacklisted Al-Nusra Front which has claimed the majority of suicide bombings that have rocked Syria in recent months, warning that extremists could play no role in building the nation's future.

The blacklisting of the hardline Islamist group has drawn fierce criticism from rebels, opposition groups and activists, who have condemned the move as both ill-timed and ill-conceived.

The Syrian regime of President Bashar Assad has regularly called for dialogue, while labeling opposition activists and armed insurgents alike as "foreign-backed terrorists."

In turn, the vast majority of the opposition has refused to negotiate before Assad steps down.

Jamil, who traveled to Moscow with other members of the "Coalition for Peaceful Change," met with Russian Foreign Minister Sergei Lavrov.

He said he agreed with Lavrov that the dialogue should "begin immediately" in Syria, along with the distribution of humanitarian aid in the country.

This dialogue, added Jamil, must start with an agreement on the rejection of any "outside interference."

The tolerated opposition leader was granted his ministerial post on June 23 to serve in the cabinet of now-defected prime minister Riad Hijab.