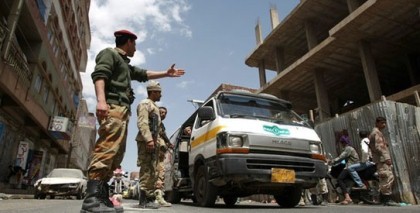 A fire in a Yemeni prison known for its overcrowding killed eight inmates on Saturday, a security official said.

The blaze was reported in several rooms of the central prison in the city of Ibb, some 200 kilometers (120 miles) south of Sanaa, the official added, without saying whether it was thought to have been started deliberately.

Ibb prison has been the scene of recent protests by prisoners against poor conditions and overcrowding, the local officials said.