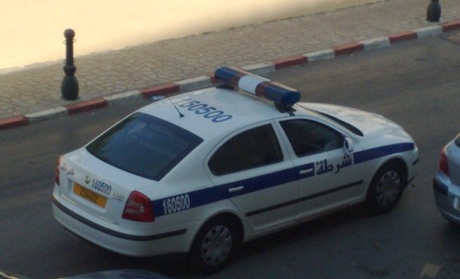 A brawl broke out in Macedonia's parliament Monday between opposition and ruling lawmakers over next year's budget, as rival supporters clashed outside and pelted each other with stones and bottles.

Several thousand protesters flocked to parliament after deputies from the leftist opposition SDSM party barricaded themselves inside in an effort to prevent a vote on the budget, which they say will lead to excessive public debt.

The party's leader, Branko Crvenkovski, said opposition deputies would refuse to take part in future sessions, though such a move would be merely symbolic as the party holds only 29 of the parliament's 123 seats.

"We are calling for civil disobedience... Macedonia will see a popular uprising," Crvenkovski told his supporters outside parliament.

Protesters, however, dispersed soon afterwards, while riot police remained to secure the building.

In a national television address later on Monday, Prime Minister Nikola Gruevski accused Crvenkovski of trying to get back to power by "choosing violence and putting at risk the state, his party supporters and democratic institutions."

Earlier, security guards had to evacuate speaker Trajko Veljanovski after opposition deputies tried to physically prevent him from announcing the vote, in a scuffle that left two injured including deputy Radmila Sekerinska.

Another four people including ruling coalition deputy Amdi Bajram were injured in a brawl outside parliament before riot police moved in to separate the protesters, local television reported.

Those injured were briefly hospitalized and their condition was stable, hospital officials told AFP.

The United States embassy condemned the clashes and urged both sides to end to the confrontations.

"We have observed with concern and disappointment the politically driven clashes in and around the parliament building, and call on all sides to halt any and all aggressive and provocative actions," the embassy said in a statement.

Immediately after the opposition deputies left the parliament building, the ruling coalition went ahead with the vote, with 64 of those present approving the draft and four voting against it.

The 2013 budget forecast 2.7 billion euros ($3.5 billion) in spending and 2.4 billion euros in revenues. The budget is based on a projection of two-percent growth and an inflation rate of 3.5 percent.

The opposition movement erupted late Sunday when the ruling coalition in the small Balkan country led by Gruevski approved a revised draft budget.

Gruevski responded by telling the occupants: "Criticise me, I will explain my decisions, but I ask you not to take the citizens of Macedonia hostage" through the action.

Crvenkovski earlier told media that his party was fighting for something much more important than the budget "because if those in power continue down this path they will suspend the constitution ... and kill democracy in Macedonia before our eyes."

The opposition has accused the government of unnecessary spending and failing to take serious economic steps.

Macedonia slipped into recession this year, with its economy being strongly hit by neighboring Greece's financial crisis.

The unemployment rate has reached around 31 percent -- one of the highest in Europe -- of the working population in this landlocked Balkan country with some two million inhabitants.

What's with the police car picture with Arabic writing? If you can't make the effort of getting a real photo of a Macedonian police car then don't publish any photo. Lazy reporting.

I agree with Gorge. Where is this police car from? Not Macedonia