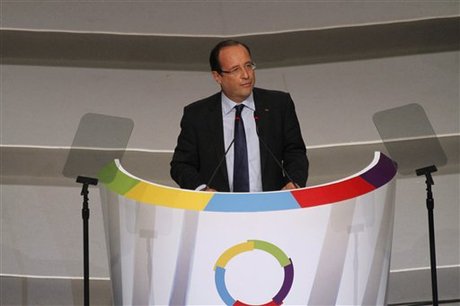 He also called for the protection of the French embassy in the capital Bangui, which was attacked by protesters who tore down the French flag, Hollande's office said in a statement.

Some 1,200 French nationals live in the mineral-rich but dirt poor country, which has been ravaged by political instability and misrule since independence in 1960.