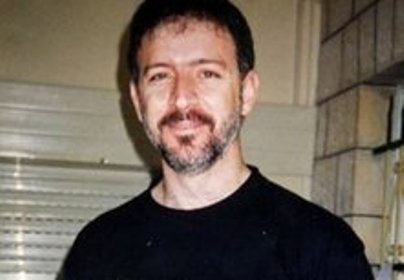 A prominent Arab-Israeli human rights activist was convicted on Wednesday of spying for Lebanon's Hizbullah, a statement from the Israeli justice ministry said.

In a plea bargain submitted to the Haifa district court, Amir Makhoul "confessed to and was convicted of ... espionage and aggravated espionage," the statement said.

He also pleaded guilty to charges of "contact with a foreign agent and conspiracy to aid the enemy in time of war."

The state dropped a charge of assisting the enemy in time of war.

The ministry said prosecutors were seeking a 10-year prison term while the defense sought a maximum of seven years.

He will be sentenced in December.

According to the revised charge sheet, a copy of which was provided by the justice ministry, Makhoul met Hasan Janna, a Lebanese-born Hizbullah recruiter living in Jordan, during a trip there "around the year 2004."

The two remained in touch and in 2008 Makhoul agreed to help Hizbullah against Israel, it said.

Later that year, the document says, he met another Hizbullah agent in Copenhagen who installed a communications program on Makhoul's laptop computer through which he could send messages to the organization.

It said Makhoul subsequently filed reports on the location of installations of the Shin Bet and Mossad -- Israel's domestic and foreign intelligence agencies -- an army base and the Rafael military industries.

Makhoul provided details on access and security arrangements at the Shin Bet headquarters in the northern port of Haifa, it added.

Makhoul, whose brother Issa is a former Arab-Israeli lawmaker, heads Ittijah (the Union of Arab Community-Based Associations), a group based in Haifa that fights discrimination against Israeli-Arabs.

He was arrested in early May, shortly after fellow Israeli-Arab activist Omar Saeed was detained over similar allegations.

Charges against Saeed were reduced in a plea bargain and he was freed in September after serving a seven-month jail term.

Details about the case were initially subjected to a gag order. When it was lifted the Arab-Israeli watchdog Adalah said the men's arrest and questioning were conducted "in gross violation of their fundamental rights to due process."

"The illegal methods employed against Amir Makhoul during the initial days of his interrogation include protracted sleep deprivation and continuous interrogation, while being shackled tightly to an undersized chair that was bolted to the floor to prevent it from moving," Adalah said in July.

Saeed was interrogated for prolonged stretches of time and allowed little sleep, and neither man was allowed to see a lawyer for about two weeks after being arrested, it said.

Israel's 1.3 million Arab citizens, who make up 20 percent of the population, are Palestinians who remained in the country following the creation of the Jewish state in 1948, along with their descendants.

Hizbullah is blacklisted by Israel as a "terrorist organization."

In 2006, Israel and Hizbullah fought a devastating war that killed more than 1,200 people in Lebanon, most of them civilians, and more than 160 Israelis, mostly soldiers.(AFP)