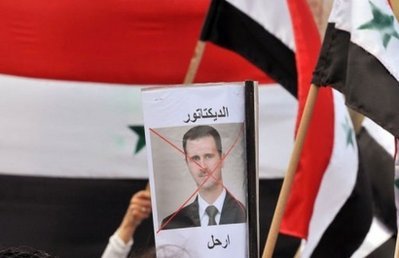 An Israeli deputy minister is to meet members of the Syrian opposition in the offices of Austria's far-right Freedom Party (FPOe) in Vienna later on Tuesday, an FPOe spokesman revealed.

The Israeli official is Ayoob Kara, deputy minister for development of the Negev and Galilee, and he will meet five Syrian opposition members, the names of whom were not revealed, said spokesman Karl-Heinz Gruensteidl, confirming a corresponding report in the tabloid daily Oesterreich.

FPOe chief Heinz-Christian Strache would then brief the press about the outcome of the meeting on Wednesday morning, Gruensteidl told the Austrian news agency APA.

The main topic of the discussions would be a post-Assad Syria, Gruensteidl said, referring to Syrian President Bashar al-Assad, under fire over the violent clampdown against pro-democracy protests sweeping his country.

The meeting was engineered by the Vienna-based FPOe politician David Lasar, who suggested that Kara would be taking part as the personal envoy of Israeli Prime Minister Benjamin Netanyahu, APA reported.

The Austrian far-right party had made its offices available for the talks, but would only act as mediator, Lasar added.