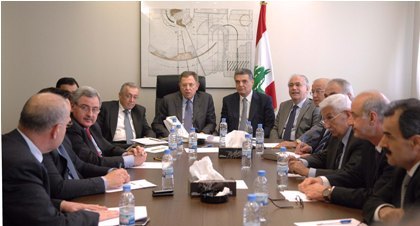 The Mustaqbal parliamentary bloc on Tuesday accused the Hizbullah-led March 8 camp of “pushing the country into a dilemma by toppling the government” of Saad Hariri on January 12 and failing to form a new cabinet until the moment.

“It has become necessary and urgent that the March 8 forces admit before their supporters and the Lebanese public opinion that they have embroiled the country in a crisis by deciding to form a one-sided cabinet,” the bloc said in a statement issued after its weekly meeting.

“The dilemma this camp has reached and the attacks its leaders are waging against each other, and sometimes against Prime Minister-designate Najib Miqati and President Michel Suleiman … are evidence of impotence and lack of vision,” the bloc added in its statement.

It called on the March 8 forces to “have a sense of responsibility and to stop dragging the country and the citizens towards further complications.”