Al-Jazeera Journalist Arrive in Doha after Disappearing in Syria 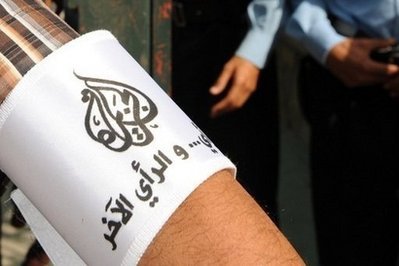 Al-Jazeera journalist Dorothy Parvaz who went missing on her arrival in Syria last month is free and back in Doha, the news channel said on its website Wednesday.

"Al-Jazeera network confirmed... that she has been released, and is safe and in good health," said a statement on the website.

It said that Parvaz, 39, returned Wednesday to Doha from Iran, after she disappeared on arrival in Damascus on April 29.

Al-Jazeera said Parvaz, who holds American, Canadian and Iranian passports, was "detained in Syria upon her arrival in Damascus 19 days ago, while on assignment."

"During that time she was not allowed any contact with the outside world," it added.

Syrian authorities had said she was expelled to Iran for travelling on an expired Iranian passport.

The Iranian foreign ministry on Tuesday said that it was "pursuing" the whereabouts of Parvaz after the Syrian embassy in Washington put out a statement saying she was expelled to Tehran.

"We are pursuing the issue. Acquiring information about her situation is important for us," ministry spokesman Ramin Mehmanparast told reporters, echoing the Syrian account that she entered Syria on an invalid Iranian passport while carrying other passports.

He stressed that Tehran did not recognize multiple nationality.

Al-Jazeera appealed to Iran last week for the immediate release of Parvaz. Both U.S. and Canadian authorities had expressed concern about her case.

A page on the Facebook social network website titled "Free Dorothy, please urge Iran to release her immediately" has over 16,000 fans.

Syrian authorities have sealed off the country to most international media as they crack down on protests against the government of President Bashar Assad that erupted two months ago.

Syria has also accused al-Jazeera and other satellite channels of exaggerating protests and of broadcasting images without verifying their authenticity.

Because few foreign journalists can get into Syria, international media rely heavily on video footage filmed and released by the protesters themselves on Internet sites such as YouTube.