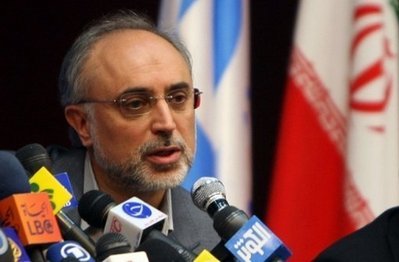 Kuwait and Iran have agreed to return their ambassadors, Iran's Foreign Minister Ali Akbar Salehi said Wednesday, signaling an end to tensions that have soured ties between both countries.

"It has been decided for the ambassadors of both countries to quickly return to their missions," Salehi told reporters in Kuwait.

The countries' "high joint commission will also meet to discuss bilateral relations and means for improving relations between the two neighbors and friends," he added.

Salehi's visit comes amid allegations of an Iranian spy ring operating in the Gulf state which severed relations between the two countries and saw them engage in tit-for-tat expulsions of diplomats early April.

Kuwait has expelled three Iranian diplomats it accused of working for an Iranian spy ring, reportedly since the 2003 U.S. invasion of Iraq.

Iran in response expelled "several" Kuwaiti diplomats. The row also prompted the Gulf state to recall its ambassador from Tehran.

"The Republic of Iran is a trustworthy neighbor for the whole region," said Salehi.

"We are living in a sensitive region and are concerned about maintaining stability and peace. This is one of the priorities in Iran's external policy."

Salehi dismissed the Gulf states' fears regarding Iran as "illusions that have no roots" in reality.

Relations between the Sunni-ruled Arab states in the Gulf and non-Arab predominantly Shiite Iran were strained following a crackdown in March on protests in Bahrain that had been led by the tiny kingdom's Shiite majority.

Iranian and Bahraini diplomats were also expelled from both sides.

"We believe that the entry of military forces into the kingdom of Bahrain wasn't necessary and that the matter must have been dealt with internally in Bahrain," Salehi said Wednesday.

Tehran has repeatedly criticized Bahrain's brutal crackdown on pro-democracy protests, urging political reforms in the predominantly Shiite tiny kingdom which has been ruled by a Sunni dynasty for more than 200 years.

Iran's criticism provoked Gulf Arab monarchies to accuse it of interference in their affairs, particularly in Bahrain and Kuwait, with the intention of destabilizing the region.

Bahrain's King Hamad was quoted as saying last week that he was trying to solve the dispute with Iran in a spirit of "brotherhood", seeking to "as far as possible to reach out to our brothers in Iran."

Salehi on Sunday "welcomed the comments made by Bahrain's king, and called for steps towards resolving the problems in Bahrain," Iranian media reported.