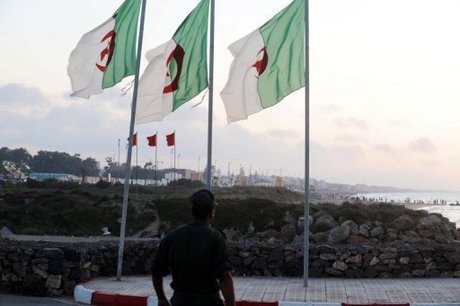 The Algerian army has identified one of seven armed Islamists killed east of the capital earlier this month as a key financier of the local affiliate of al-Qaida, the El Watan newspaper reported on Saturday.

Izza Rezki, also known as Abou Djaffar, took up arms against the government in 1994, early in Algeria's devastating civil war, and was a key aide of al-Qaida in the Islamic Maghreb (AQIM) leader Abdelmalek Droukdel, the paper said.

He and his comrades were killed on Tuesday in a major operation that is still underway in the Boumerdes region, 50 kilometers (30 miles) east of Algiers. A total of nine suspected militants have been killed in the offensive.

Rezki's reported killing follows those of AQIM spokesman Salah Gasmi southeast of Algiers last month and of its commander for the mountainous Kabylie region, Rabah Makhfi, alias Cheikh Nacer, in Bejaia province, east of the capital, in November.

AQIM has remained active in Boumerdes and neighboring Kabylie despite frequent raids by the army to curtail its activities.