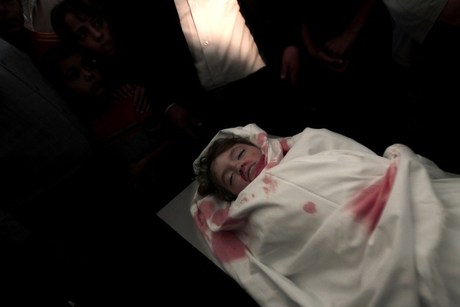 A six-year-old boy in Gaza died on Saturday and three others were wounded in an explosion in Khan Yunis, Palestinian medical sources said.

The Nasser hospital in Khan Yunis was not able to state what caused the explosion that resulted in the death of Moussa Kawaree.

Earlier in the day in an unrelated incident, a Palestinian farmer was wounded by Israeli army gunfire near the security fence east of Beit Hanoun in the northern Gaza Strip, Palestinian medical sources said.

The 32-year-old man, Abdallah Zaaneen, was hospitalized in moderate condition, a spokesman for the Beit Hanoun hospital said.

The incident occurred when a group of some 20 men congregated near the security fence, which led the Israeli army to fire in their direction, resulting in the injury of the local farmer working in his field, the spokesman said.

A spokeswoman for the Israeli army confirmed that "cautionary shooting was executed toward a group of six suspects approaching the fence."

According to her, one person was lightly wounded by shrapnel.

Israel maintains a "buffer zone" of at least 300 meters (yards) in the Gaza Strip along the border, and prevents access to Palestinians under threat of firing.

Gisha, an Israeli group that campaigns for freedom of movement and trade in and from Gaza, says that after the Egyptian-brokered November 21 ceasefire farmers have been allowed to reach up to 100 meters of the border fence to work their lands.

Since the ceasefire between Israel and the Islamist movement Hamas which rules the Gaza Strip, two people have been killed and over 20 wounded by Israeli "cautionary shooting" in instances similar to Saturday's.

Isn't it interesting that the death of a 6 year old, and the wounding of 3 others in Gaza gets just two very short paragraphs, but the wounding of an adult on the security fence gets five paragraphs just because Israel is involved.