Switzerland to File Petition for ICC to Take Up Syria Case 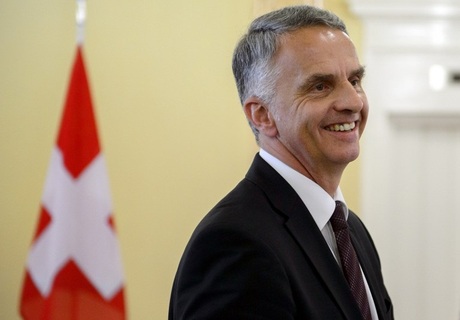 Switzerland will on Monday file a petition signed by 52 countries calling for the International Criminal Court (ICC) to open a case on war crimes in Syria, its foreign minister said.

"Serious war crimes are being committed in Syria. We must make sure they not go unpunished," Swiss Foreign Minister Didier Burkhalter told Swiss national television TSR on Friday.

"We're submitting a proposal, now it is up to the Security Council to decide," he added, saying the U.N. organ could either block or pursue the request.

Since Syria is not a party to the ICC, the world's only permanent war crimes tribunal, a U.N. Security Council referral is needed for the court to look into crimes committed in the now 22-month conflict.

Certain countries object that a decision to pursue the case would provide Syrian President Bashar Assad with an added reason to stay in power.

On Friday, four European Union members urged the U.N. to refer the Syria crisis to the ICC in a joint letter released by Austria's foreign ministry.

"Horrendous crimes have already been committed during the conflict in Syria, but there have been no consequences for the perpetrators," the foreign ministers of Austria, Denmark, Ireland and Slovenia wrote in the letter.

"In view of the grave concerns mentioned above, and the lack of prosecution in Syria, we call on the U.N. Security Council to urgently refer the situation in Syria to the ICC," they added.

The United Nations estimates more than 60,000 people have died since the March 2011 outbreak of the revolt, with over 600,000 Syrians registered as refugees in the region.

Cool meanwhile the Syrian people are paying for every signature with their lives. Iran and the B3ath party say this is the only way to handle the situation while the rest of the world issues letters of reprimand.