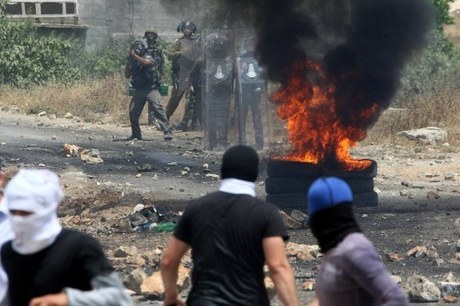 A Palestinian man was in serious condition on Monday after being shot by Israeli troops in northern Gaza near Beit Lahiya, Palestinian medical sources said.

Health ministry spokesman Ashraf al-Qudra named the man as 21-year-old Mustafa Abu Jirad, a farmer, saying he was shot in the head in an area near Gaza's border with Israel, in the northern part of the territory.

Qidra said Abu Jirad was in serious condition and had been taken to the Kamal Adwan hospital in Beit Lahiya.

The Israeli military said it was checking on the report and had no immediate comment.

On Friday, Israeli troops shot dead one Palestinian and wounded a second in northern Gaza along the border with the Jewish state, according to local medical sources.

The military said only that one Palestinian was hit in the leg after trying to damage the border fence.

That fatality was the third time a Palestinian in the Gaza Strip was killed by Israeli forces since a November 21 truce between the Jewish state and the Islamist group Hamas ended eight days of hostilities between the two sides.

As part of the truce agreement, Israel has allowed Palestinians to enter what into what was previously a 300-meter (yard) deep no-go zone on the Gaza side of the border.

Farmers have been allowed to move up to 100 meters from the border, but Israeli troops have opened fire multiple times at Palestinians they say have come closer than that.