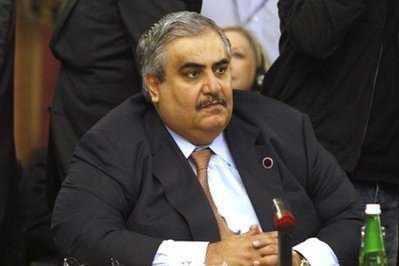 Bahrain's Foreign Minister Sheikh Khaled bin Ahmed al-Khalifa denied that lifting the National Safety condition has to do with the possibility of resuming flights between the kingdom and Lebanon.

“We hope the Lebanese government becomes aware that what is going on in Lebanon doesn’t serve the two countries’ interests,” the Bahraini al-Watan newspaper quoted the Foreign Minister as saying.

There are signs that relations with Lebanon are witnessing some improvements. “Countries began lifting the (flight) ban gradually,” al-Khalifa said.

He described the travel ban to Bahrain as a procedural measure taken by the country amid the state of national safety.

Gulf Air and budget airline Bahrain Air have both called off flights to Lebanon in March "until further notice.” The Gulf kingdom has also advised its citizens not to travel to Lebanon.

"Due to threats and interference by terrorists," the Bahraini foreign ministry warned and advised its citizens not to travel to Lebanon “as they might face dangers threatening their safety."

Meanwhile, al-Khalifa rejected rumors about the expulsion of the Iranian ambassador to Bahrain, noting that the diplomat decided to go back to Iran after receiving such instructions from Tehran.

“Ties with Iran are important to us,” the Minister said.