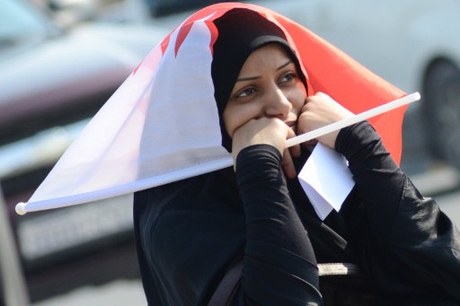 Several thousand Bahrainis marched near the capital Manama on Friday to demand reforms in a protest called by the Shiite opposition in the tiny but strategic Sunni-ruled Gulf kingdom, witnesses said.

The demonstrators also called for the departure of the king's uncle Sheikh Khalifa bin Salman al-Khalifa, who has been prime minister for more than four decades.

"National action calling for democratic change will not stop ... until all rights have been granted," opposition groups said in a statement.

"The action of the people of Bahrain on the ground has lasted for two years and will not end -- the opposition will act every day with demonstrations until all our demands are met," it added.

Referring to a call by King Hamad on January 23 for a new round of national dialogue, the statement said "this dialogue is obscure and does not reflect a serious will on the part of the authorities to meet popular demands."

Bahrain, ruled by the minority Sunni al-Khalifa dynasty, has been rocked by Shiite-led protests since February 2011.

Despite a bloody crackdown on protesters in Manama between mid-February and mid-March that year, sporadic demonstrations have continued in villages around the capital.

Bahrain is home to the U.S. Fifth Fleet and strategically situated across the Gulf from Shiite Iran.