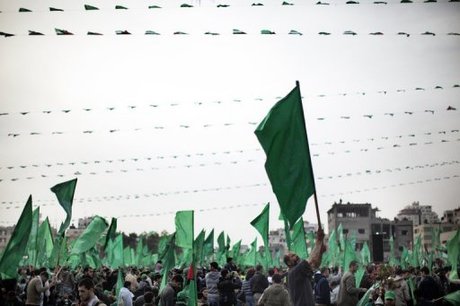 The Islamist movement Hamas which rules Gaza has set up its own news agency, called Al Rai (Opinion), the Palestinian territory's Hamas government announced on Monday.

"The first official news agency of the (Hamas) government has been established under the name of Al-Rai agency...under the supervision of the government information office," the office's director Salameh Maaruf told Agence France Presse.

"It will be an important source of information on government activities, news releases and letters from the (Gaza) prime minister," Ismail Haniya, he said.

"The agency is independent in terms of personnel and administration, but the government information office will be responsible for supervising it," he added.

Al-Rai was launched with an initial 15 journalists to "focus on the Palestinian issue, and Arab and international news relating to this issue," he said.

It will also give the public a chance to submit "suggestions and complaints" to be forwarded to the relevant government departments.

Maaruf said that although the new agency will express "the official government line," it will carry other points of view, including that of Hamas's rival Fatah, which is headed by Palestinian president Mahmoud Abbas.

Several news agencies already operate in the Gaza Strip, among them SAFA launched in 2007 and close to Hamas. The militant group also owns Gaza's al-Aqsa TV.

Its Gaza office was shut down in 2007 by Hamas when the Islamist movement wrested control of the coastal strip from Fatah in a week of deadly street fighting.