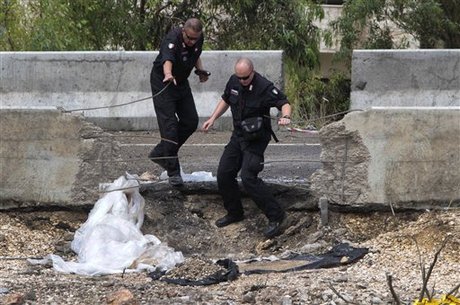 Lebanese security sources have denied media reports that several people were arrested in connection with the roadside bombing that targeted a UNIFIL convoy in southern Lebanon last week.

The sources told As Safir daily published Tuesday that neither Lebanese nor Palestinians were in the custody of any security or military apparatus.

The denial came after reports that 3 Lebanese and 2 Palestinians were arrested and were being interrogated by police.

UNIFIL commander Major-General Alberto Asarta said Monday the incident will not interrupt the force's operations on the ground. He said the peacekeepers were determined "more than ever" to pursue their mandated task.

He spoke after meetings with senior Lebanese officials during which they stressed the importance of completing the investigation with utmost urgency.

No group has claimed responsibility for the bombing.

The security sources told As Safir that Lebanese and Italian experts were still gathering data to unveil the type of explosives used in the bombing.

On Monday, military prosecuting Judge Saqr Saqr referred the investigation into the blast to the Lebanese army’s Intelligence Directorate.