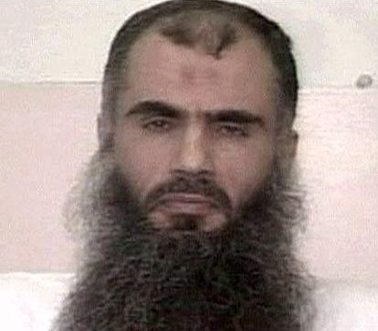 Britain's government on Monday challenged a ruling blocking the extradition of Jordanian terror suspect Abu Qatada, saying that the justice system in the Arab nation could be trusted.

The Court of Appeal in London reserved judgment until a later date after hearing arguments from the interior ministry and from Abu Qatada's lawyers.

The hearing came just days after Abu Qatada was rearrested for breaching his bail conditions, although it was unrelated to the bail decision and a separate hearing on that is due on March 21.

Abu Qatada, real name Omar Mohammed Othman, was convicted in absentia in Jordan of involvement in terror attacks in 1998 and successive British governments have been trying for a decade to secure his deportation.

Lawyers for Home Secretary Theresa May are challenging a ruling by the Special Immigration Appeals Commission (SIAC) in November that Abu Qatada cannot be deported over fears that evidence obtained through torture could be used against him in any retrial.

Lawyer James Eadie said that SIAC had taken an "erroneous" view of the situation in Jordan.

"There is no real risk of a flagrant denial of justice. The Jordanian courts will consider all the evidence," Eadie told the court.

The Jordanian constitution "prohibits clearly and expressly the use of torture and the reliance on any statement obtained under duress, including torture", Eadie said.

Abu Qatada's lawyer Edward Fitzgerald argued however that there was "concrete and compelling evidence" that Abu Qatada's co-defendants were tortured into providing evidence.

Judge John Dyson, the second most senior judge in England and Wales, said the panel of three court of appeal judges would deliver its decision at a later time.

Prime Minister David Cameron voiced his disappointment after the decision, saying he was "completely fed up with the fact that this man is still at large in our country".

So true, yet I fear they are too late.
These people should not be coming to our lands.
Ban Wahabi death cult now.