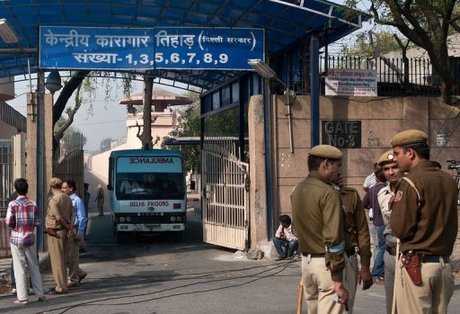 A probe into the death of a man suspected of gang-raping a student on a New Delhi bus last December blames jail officials for failing to monitor him adequately, an Indian media report said on Sunday.

Ram Singh, one of six men on trial over the deadly assault which sparked mass protests across India, was found dead in his cell in the high-security Tihar Jail on Monday morning where he had been held since his arrest after the crime.

An investigation ordered by the government into his death has found three jail officials guilty of neglecting their responsibilities to check up on Singh, the Hindustan Times newspaper said on Sunday, citing unnamed sources.

One of the men assigned to monitor Singh last Sunday night failed to show up at work, one of the sources with access to the confidential probe findings told the newspaper.

"There was no watch guard that night," the source said.

CCTV footage showed that another warden who was meant to make rounds of the cells did not leave his office, another source told the newspaper.

A spokesman for the jail told Agence France Presse the investigation findings were still being studied and declined to provide further details.

Prison authorities are facing serious questions about how the bus driver could have made a noose and hanged himself from a grille on the ceiling, without waking the other men in his cell or attracting attention from guards.

A post-mortem examination last week concluded that he died by hanging, but did not resolve the question of whether he was murdered or committed suicide, as the jail authorities have insisted.

Singh was charged along with four other men and a 17-year-old over the brutal December 16 attack on a physiotherapy student who was lured on to a bus and repeatedly raped.

Left with horrific internal injuries, the 23-year-old died 13 days after the assault, leading to an outpouring of anger over endemic crime against women in India and a review of rape laws.

All five adult suspects including Singh pleaded not guilty to the charges.