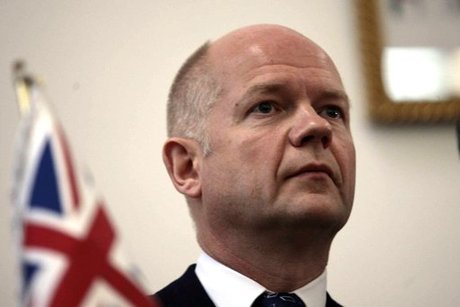 British Foreign Minister William Hague on Saturday expressed concern about the violence in Tripoli and urged all Lebanese parties to work for "a more consensual government," in the wake of the resignation of Prime Minister Najib Miqati.

"It is critical that all parties in Lebanon prioritize national interests and ... reach a broad consensus to enable parliamentary elections to take place within the legal and constitutional framework," he said in a statement.

“We are monitoring the situation in Lebanon carefully, following Prime Minister Miqati’s offer of resignation. I am also very concerned about the violence in Tripoli in recent days,” said Hague.

“As I saw for myself last month, the crisis in Syria presents Lebanon with mounting challenges. Prime Minister Miqati is playing an important role in responding to those challenges and I pay tribute to his efforts,” the top British diplomat added.

He called on the rival political parties to “support the work of the Lebanese security forces to maintain peace and protect Lebanon’s territorial integrity,” adding that London “fully” supports “the efforts of President (Michel) Suleiman in this process.”

Miqati on Friday announced his resignation after a cabinet session in which he failed to pass the extension of Internal Security Forces chief Ashraf Rifi's term and the formation of the committee to oversee the elections, stressing that all political forces must shoulder their responsibilities to “pull Lebanon out of the unknown.”

Your posts are disgusting.

Go shoot yourself. Your life is meaningless.