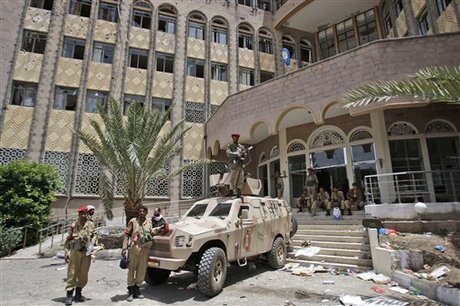 Suspected al-Qaida militants killed five Yemeni soldiers and wounded others on Saturday in an ambush near the southern city of Loder, witnesses said.

Witnesses said gunmen ambushed an army convoy carrying supplies and reinforcements to the 111th brigade, which is based in Loder, in Abyan province.

The assailants struck with machine guns and rocket-propelled grenades, they said, adding that three military vehicles were burned and five bodies left scattered on the ground.