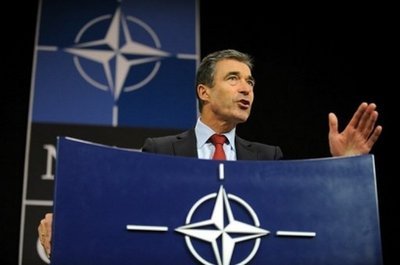 NATO is ready to help the so-called Arab Spring revolts to "well and truly blossom", the secretary general of the alliance, Anders Fogh Rasmussen, said Thursday.

"The changes we have seen in North Africa and the Middle East were unexpected," he said in a speech to Spain's Senate entitled "NATO and the Mediterranean: the changes ahead."

"But they are welcome. And they make me optimistic about the future," he said.

"It is for the people of the region to shape the future of their nations.

"However, the international community should stand ready to assist them in the transition to freedom and democracy. The United Nations should coordinate and lead that work. And if called upon, NATO can help."

The former Danish prime minister outlined changes he believed were necessary in order to make NATO's help most effective.

These included improving its capabilities, increasing practical support to the region and enhancing political dialogue with those countries.

"I am confident that we can make those changes successfully. And by doing so, we can help the Arab Spring to well and truly blossom."

"We consider these to be universal principles that apply to all people of the world, including in North Africa and the Middle East. That’s why NATO Allies support the legitimate aspirations of people throughout the region."

Spurred by democratic aspirations and hostility towards deeply entrenched governments, the Arab Spring uprisings over the past six months have toppled Tunisia's Zine El Abidine Ben Ali and then Egypt's Hosni Mubarak.

But so far the leaders of Libya, Syria, Bahrain and Yemen have refused to step down, responding to popular unrest with brute force.

NATO allies are conducting an 11-week aerial war against the Libyan regime.