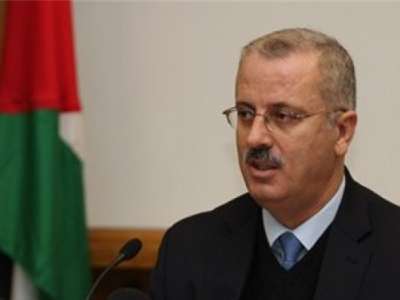 Palestinian President Mahmoud Abbas on Sunday called on Rami Hamdallah to form a new government, and the university chief said he accepted the task as the term of Salam Fayyad formally ended.

"President Abbas has asked me to form a new government and I have accepted," Hamdallah, the president of Al-Najah University in the West Bank city of Nablus, told Agence France Presse.

The move came on the last day of a deadline to find a successor to Fayyad, who quit on April 13 after weeks of tensions due to long-standing differences with Abbas over the finance portfolio.

"The government will be formed in the coming days," said Hamdallah, who also headed the Central Election Commission and the Palestinian Stock Exchange.

"Most ministers of the outgoing government will stay and I will bring in a new finance minister," he added.

On April 27, Abbas announced that consultations had started to form a unity government under his own leadership, in accordance with a long-delayed reconciliation deal between his Fatah faction and the rival Islamist movement Hamas.

Palestinian Basic Law stipulates that the person charged with forming a new government then has three weeks to choose a new line-up, which can then be extended by another two if the issue is not resolved within that timeframe.

That five-week period ends at midnight on Sunday.

But Saleh Rafat, who also belongs to the PLO's decision-making body, told AFP he was unaware of any factions having been consulted on the formation of a government until now.

"At the Executive Committee's last meeting, the subject of the government was not raised," he said.

Outgoing labor minister Ahmad al-Majdalani said it would likely mean a regular cabinet would have to be formed until the two factions managed to piece together the planned unity government.

"As long as Fatah and Hamas don't come to an agreement and set a new timetable for their consultations, it means president Abbas will have to charge a new individual with forming a new, regular Palestinian government," he said earlier Sunday.

Last month, Fatah and Hamas agreed to set a three-month timetable for forming a unity government.

Establishing a unity government and holding elections was one of the aims of a reconciliation deal the two nationalist movements signed two years ago, but it has never been implemented.