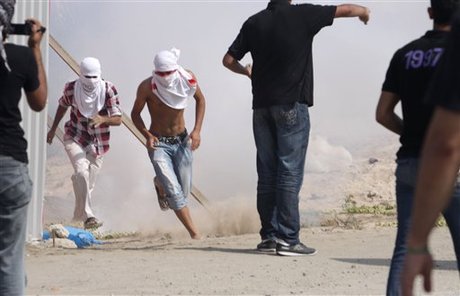 A Bahraini court sentenced six people to 10 years in prison on Wednesday after they were convicted of carrying out a bombing that wounded two people, the official BNA news agency reported.

The group were accused of "setting tires ablaze using a gas cylinder to create as much damage as possible to public and private property," public prosecution chief Muhanna al-Shayji was quoted as saying.

They are also charged with "intentionally causing a fire for terrorist aims that wounded" a woman and her son.

The statement did not say where or when the bombing took place, but judicial sources said the attack was in 2012.

At least 80 people have been killed in Sunni Muslim-ruled Bahrain since February 2011, when Shiite-dominated protests rocked the streets of Manama, the International Federation for Human Rights says.

Despite a heavy-handed crackdown in March 2011, backed by Saudi-led troops from the Gulf, demonstrators were soon back on the street.

Strategically located across the Gulf from Shiite Iran, Bahrain is home to the U.S. Navy's Fifth Fleet and is a major offshore financial and services center for its Arab neighbors in the oil-rich Gulf.