1 Dead, 5 Hurt as Roads Blocked in Bekaa, Beirut, North 'in Support of Arsal' 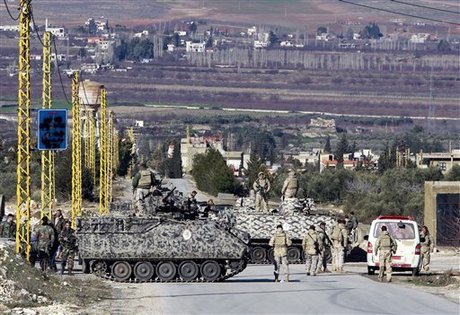 One person was killed and five others were wounded on Thursday as protesters blocked several roads in the Bekaa, the North and Beirut to express “solidarity” with the town of Arsal.

One person was killed and another was wounded as residents of the town of Majdal Anjar staged a sit-in near the al-Masnaa border crossing in support of Arsal's residents, state-run National News Agency reported, without mentioning the reason behind the injuries.

Protesters also blocked the Saadnayel road in both directions near the town's mosque.

LBCI television said “four protesters were wounded during an attempt by the army to reopen the Saadnayel-Taalabaya road.”

“Gunfire and explosions were heard in the Bekaa region of Taalabaya,” OTV reported.

Voice of Lebanon radio (100.5) said “the Dahr al-Baidar-Zahle-Baalbek road has been completely blocked by protesters expressing solidarity with Arsal.”

"The road linking al-Masnaa to Rashaya, Riyaq and al-Faour and the al-Marj road have been blocked in solidarity with Arsal's residents," Voice of Lebanon radio (93.3) said.

"The army exchanged gunfire with protesters who blocked the Saadnayel-Taalabaya road, which left four people wounded, one critically," it added.

Later on Thursday, the blocking of roads spread to Beirut and the North.

"The Cite Sportive road in Beirut has been blocked with burning tires in solidarity with Arsal," LBCI reported.

In the North, protesters blocked roads in al-Abboudiyeh and al-Bireh.

On Wednesday evening, LBCI reported that “the residents of Arsal are complaining that they are facing a near-siege due to attacks on their cars once they leave the town through the only route that links Arsal to al-Labweh and the rest of the Bekaa.”

But in the wake of the protests on Thursday evening, OTV said "the Arsal-al-Labweh road has been reopened after a meeting between the Amhaz family and Hizbullah officials."

"The Amhaz family (in al-Labweh) called for preserving the best relations with Arsal and allowing the passage of Arsal residents, except for those accused of the Wadi Rafeq crime," Voice of Lebanon radio (93.3) said.

LBCI said the head of al-Labweh Municipality and a delegation from the Amhaz family informed the army checkpoint at Arsal's entrance that the al-Labweh-Arsal road is "under its authority."

Several meetings were held at the building of Arsal Municipality on Wednesday afternoon, in the presence of the municipality members, mayors, the imams of mosques and educational, social and political figures, after which they issued a statement condemning the recent Wadi Rafeq crime.

Four people were killed on Sunday, including two from the Jaafar clan, as their car came under gunfire in Wadi Rafeq, a mountainous region near Ras Baalbek and al-Qaa.

Arsal's residents had condemned the incident and disavowed the perpetrators, “regardless of their identities.”

WE deserve to live as human beings with dignity and integrity, after living like animals for so long a time. Hah, perhaps 1400 years in the future.

I don't know with which weapons we are going to fight each others in the coming few months in Lebanon, but I know that after the Lebanese civil war following this one will be fought with sticks and stones. bye bye Lebanon.

We have HA to thank. When you have a mob that thinks its above the law and does not have to answer to anyone you get this type of wild, wild west!

Arsal is the thorn in hizbushaitan thigh.
hizbushaitan is trying by all means to kick its residents out of the bekaa, and they say they are against sectarian strife.
this is how the first civil war started when people from one secte started to not tolerate others from different sects.
huzbushaitan think they can do what they want to other, while they reject reprisals to what they are doing.

we all know these apartments are just military cells for hizbushaitan, so please YOU stop the hypocrisy.
take away your thugs and things will be fine. creating aggravating situations in all regions by hizbushaitan acting this way is not acceptable and if we had an army, all this would not have happened.

Give the army the go ahead and shoot order, killing all those people who call themselves human beings.
All of them are retards

I think Gandhi is not your idol.

I imagine you mean: they should accept the dictat of hizbushaitan otherwise they are no good :)

I think you remember that last week hizbushaitan thugs killed one person from arsal?
as for the peaceful jabal Mohsen: NO COMMENT.

but the biggest of all, the shia taqqia party instigating it all