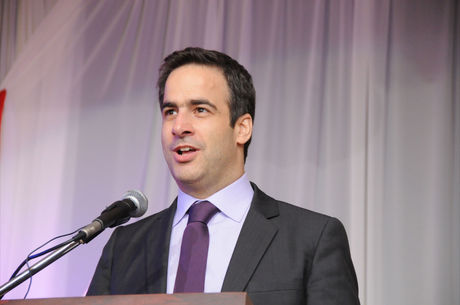 Independence Movement leader Michel Mouawad condemned on Monday the clashes in the southern city of Sidon and the attack against the army, stressing his support for the state.

He said: “The developments in Sidon demonstrate that ignoring the spread of illegitimate arms, regardless of the identity of their sectarian owners, poses a danger to the army, state, stability, and entire Lebanese entity.”

He made his remarks after contacting Army Commander General Jean Qahwaji to condole him over the victims of the army during the Sidon unrest.

Mouawad demanded that all sides “grant the army complete cover to defend itself,” rejecting the concept of imposing “security through the appeasement of all powers.”

“The state with its political and military agencies are the sole guarantors of stability and security,” he remarked.

“Any arms outside the legitimacy of the state pose a threat to us all,” he warned.

In addition, he voiced his support to the initiative of Mustaqbal bloc leader MP Fouad Saniora, who demanded that an end be made to Hizbullah's armed presence in Sidon, “which is the main reason for the spread of illegitimate arms in the city.”

Clashes broke out on Sunday between the army and supporters of Salafist cleric Sheikh Ahmed al-Asir in the southern city of Sidon.

The military command said the number of troops killed in the fighting rose to 12. There were also more than 50 injuries among the ranks of the soldiers, but it was not clear how many fighters were killed in the unrest.

The clashes erupted when al-Asir's supporters surrounded an army checkpoint in the area, where a vehicle transporting other supporters of the cleric had been stopped.

After the armed men attacked the troops with gunfire, the army fired back.

to the army command: reign in hizbushaitan instead of creating more sectarian strife in lenbanon.
stop supporting hizbushaitan and Syria.

Soit dit en passant what he is saying is not wrong. If we have reached this situation it is because hizbullah and especially it satellite branches those of ansar el moukawamé, tawhid, fplp, ssnp are allowed to have arms and to rule the neighbors they occupy. It is this very situation that got exploited by the salafists and the gangs of Asir to arm themselve and to create strife putting the army in a very difficult situation vis a vis the citizen of this country and the political leaders. Are they allowed to stop this faction, the other or not at all.

And all the Hizbollah voting emigrants in Brazil are any different? If it were up to me, no emigrant is allowed to vote really.

I'm glad to know that another March 14 nobody, Dr. Nobody Moawad al-Jabbar, found the time in his busy schedule to contact Qahwaji to offer his support and preach his doctrine pertaining to the persistence of illegitimate arms. Lutfallahou Akbar! Thank you nobodies, and thank you for bringing onto Lebanon the 21st century version of the Pales-Syrian problem that is mixed with the epidemic known as Sannis Lunaticus Berserki.