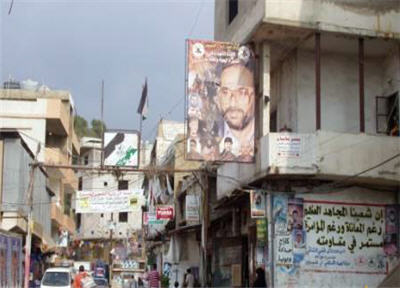 Heavy clashes renewed on Tuesday afternoon between two families in Beirut's southern suburbs, but the army intervened and managed to contain the fighting.

“Clashes fiercely renewed between the families of Zoaiter and Hjoula in the Beirut southern suburb of al-Laylaki,” state-run National News Agency reported earlier.

“Residents urged the army and security forces to intervene and rescue them due to the intensity of gunfire,” it said.

Media reports said machineguns and rocket-propelled grenades (RPGs) were used in the gunbattle.

In an interview with LBCI television, one of the residents said: “People were wounded and our houses are burning and we urge the army commander to send a force to the area, which is a Lebanese region that no one is caring about.”

The Lebanese Red Cross, however, announced that no one was killed or wounded after its medics scoured the area in the wake of the clashes.

The fighting sparked fear among the citizens as dozens of them made appeals to security forces, the TV network said.

“Army units have encircled the al-Laylaki region and started pursuing the shooters,” it added.

LBCI explained that the fighting had “nothing to do with politics, as it erupted over living issues and disputes over buildings and money.”

Clashes between the two families first erupted on Sunday and renewed on Monday.

the army has to show us now how it will capture all these gunmen and how it is going to take their weapons.