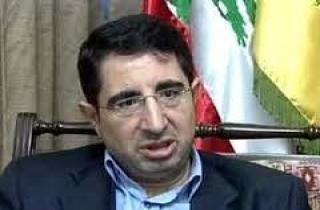 A shooting broke out on Sunday near the residence of caretaker Agriculture Minister Hussein Hajj Hasan in Baalbek reportedly over family disputes that the Hizbullah minister has nothing to do with.

“A dispute between the head of al-Khodor Municipality and members of the Hajj Hasan family erupted into gunfire on the public road in the Baalbek area of Hawsh al-Nabi, where the residence of Agriculture Minister Hussein Hajj Hasan is located,” MTV said.

“The house was hit by two gunshots,” the TV network added.

But Hajj Hasan himself denied to OTV that his Baalbek residence had come under gunfire.

Later on Sunday, Hizbullah issued a statement saying "reports of unknown gunmen opening fire on the residence of the agriculture minister are totally baseless," urging media outlets to "seek accuracy before publishing such news."

so what is new under the sun? hajj hassan clan settling disputes with al khodor clan over probably some business that went sour. it happens all the time among thebest of families, even in the usa they have gangs and mafias settling their bloody scores evry now and then so what is the big deal???

but wait a minute, now i know what your are thinking, you are trying to blame poor innocent hezballa for all those misfits shame shame shame on you!!!

if the dispute happened to start near the hezballa minister's house and involved people from his family in a secured shia city doesnt mean he or hezballa has anything to do with it, am i right or what???!!!

He looks disgusted. Well done naharnet for the picture.... And I bet it was the best one you had!

Kill the bastard ! He's certainly not worth more than any of the political heroes fallen to the criminal hands of the terrorist organisation he belongs to !

They have alota weapons up there, and no state to regulate it. I would urge the army to continue the streak, and go after the attackers of a state officials residence... Then plz send a few here and get every begger, flower seller, shoe shiner and az3ar the hell out!

I could care less about hizballah, musta2bal, Iran, and Saudi... Can someone just make our lives a lil easier? our city a lil nicer? Hell, maybe even fix our roads?