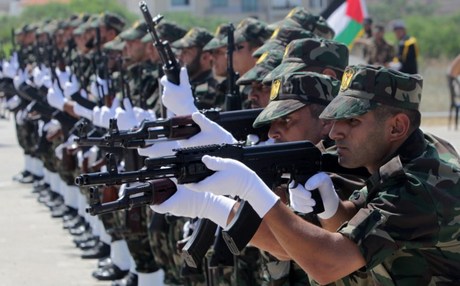 Hamas police in the Gaza Strip announced on Sunday they had uncovered a counterfeiting ring that had forged some 20 million Israeli shekels ($5.47 million, 4.26 million euros) in the coastal Palestinian territory.

Hamas police described the three suspects as belonging to "the largest counterfeiting ring of 100-shekel bills in the Gaza Strip".

A police officer said a search of the home of one suspect revealed "a room with paper used for forgery, in addition to machines used for counterfeiting like printers, laptops, stencils and inks."

thieves are busting thieves, because they are taking over their business nothing else...