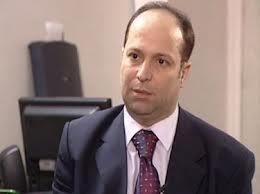 Preliminary investigations into the shooting assassination on Wednesday of pro-regime Syrian figure Mohammed Darrar Jammo in south Lebanon have revealed that the crime was not politically motivated, the Lebanese Army Command announced on Thursday.

“Following the murder of Syrian activist Mohammed Darrar Jammo in the Sarafand region on July 17, 2013, the Intelligence Directorate started its investigations and managed to identify and arrest the perpetrators and seize the weapons used to commit the crime,” the Army Command's Orientation Directorate said in a statement.

“Preliminary investigations revealed that there are no political motives behind the incident and the (intelligence) directorate's probe is still underway to unveil all the circumstances of the crime,” it added.

In an interview on al-Jadeed television earlier on Thursday, al-Akhbar newspaper journalist Hasan Ollaik said: “The probe has revealed that the murder has nothing to do with politics or with the martyr's political stances and that familial and social reasons were behind it.”

“The Lebanese security agencies have started their investigations and four people have been arrested, with two of them confessing to plotting and executing the crime and revealing all of its details,” Ollaik added.

He said the arrested suspects are a brother and a nephew of Jammo's wife, noting that they told interrogators about problems between the Syrian figure and his spouse that pushed him to refrain from visiting Lebanon for six months.

“Syrian authorities have been informed of the details and the wife, which is now in Syria for the funeral, will be interrogated,” Ollaik added.

He said the detainees confessed to deactivating the surveillance cameras installed around Jammo's residence two days before the crime, although some reports have said that they were switched off six months ago.

Ollaik revealed that “the conflicting testimonies started from the very first moment and security authorities were not convinced of what they heard, so they resorted to additional elements in order to arrest the suspects.”

Gunmen burst into the first floor apartment of Jammo at dawn Wednesday, killing him in a hail of nearly 30 bullets in the town of Sarafand, which is a Hizbullah stronghold.

Jammo, a 44-year-old journalist and political commentator, was one of Syrian President Bashar Assad's and Hizbullah's most vociferous defenders. In frequent appearances on television talk shows, he would staunchly support the Syrian regime's strong-armed response to the uprising and in at least one case shouted down opposition figures, calling them "traitors."

Jammo's hard-line stance had earned him enemies among Syria's opposition, and some in the anti-Assad camp referred to him as "shabih," a term used for pro-government gunmen who have been blamed for some of the worst mass killings of the civil war.

HA said the incident “increases the belief that the criminal hand that is committing massacres in Syria does not differentiate between those fighting in the battlefield and those struggling through their words and stance, the thing that exposes the inability of the killers to confront an argument with a counter-argument.”

Oh well..... I will now close my J 4 J (Justice for Jammo) Facebook page:). I guess his wife must have silenced him!

Isn't amazing how quickly they find out who is behind a murder when they want to...

FT, anything's better than your non-political analysis of the situation.

Your lies, your worthless assumptions, your flawed view of the world and your unconditional defence of Aoun and Hezbollah.

Anything's better than your false accusations and blindly repeated statements of the propaganda mouthpieces of the leaders you follow.

I do it for free. No everyone gets paid like you :)

However, I earn a living in Lebanese Lira. The same currency I use to pay my electricity bills ...

Better than I can say for you with the devaluation of Syrian Lira and Iranian Rial ...

Anyway, if that's the only thing you have to say, i'm right on target !

Maybe he was "struggling" in the bedroom:)

:) Yep... sounds like he was not as good of a bedroom struggler as he was on Tv:)

I guess this means that the security personel around M14-politicians will not be withdrawn afterall...

I guess this means that the security personel around M14-politicians will not be withdrawn afterall...

so this officially downgrades to the act from assassination to murder....

Even his wife couldn't stand him!

Mr Jammo always introduced himself as Head of the Political Department of the International Organization of Arab Immigrants.No such organization exists, and I am mightily surprised that no one has yet pointed this out!! He was simply an Assad media Shabeeh of the worst possible kind - Absolutely typical of the Syrian regime's brazen disregard for decency.

Ekh whatever. Lets just be glad journalists aren't being targeted again, no matter their stance.

The wife seems to be a "nusratjieh"

When Syria is not the author it takes maximum 24hr. to unveil any crime in Lebanon, this means all uncovered murders since 1976 are signed Syria

if it is the wife's family who did it, they are certainly not as professional as the mossad. easier to catch.

Seems mossad is easier to catch than Hezbollah :)

At least Mossad does not interfere in all aspects of Lebanon's judicial, executive, political and security institutions and processes.

Mossad does not block things from happening. They play dirty games and shut up.

Hezbollah plays dirty games and fights anyone who dares raise their voice or point fingers. They take control of all state institutions and prevent anyone who can accuse them of doing so.