Fletcher to Nasrallah: Blacklisting Hizbullah Not Excuse for Israeli Action in Lebanon 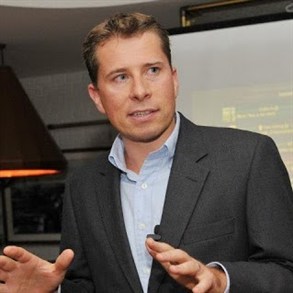 British Ambassador to Lebanon Tom Fletcher denied on Wednesday that blacklisting Hizbullah is a justification for Israeli action in the country.

“Blacklisting Hizbullah's military wing is not a justification for Israeli action in Lebanon, but it meant to deter the party's action in Europe,” Fletcher tweeted shortly after the party chief's speech on Wednesday.

Sayyed Hasan Nasrallah had said during an iftar banquet that the European Union's decision means it would share responsibility for any Israeli attack against Lebanon or Hizbullah.

"These (European) states have made themselves fully responsible for any Israeli attack on Lebanon or Lebanon's resistance (Hizbullah) or any target of the resistance," he stated.

"These states need to know... that they are giving legal cover to Israel for any attack on Lebanon, because Israel can now claim to be fighting terrorism and to be bombing terrorist targets," he added.

"This decision does not affect our willingness. Its objective is to make us bow, to force us to step back and to be afraid. But I tell you (Europeans): all you will get is failure and disappointment," said Nasrallah.

EU foreign ministers on Monday decided to put the military wing of the Hizbullah on its list of terrorist organizations despite Lebanon warning against such a move.

However, EU representatives assured that they plan on continuing dialogue with different factions in Lebanon, including the blacklisted party.

“In reaching this agreement, the EU has sent a clear message that it stands united against terrorism. It shows that no organization can carry out terrorist acts on European soil, such as the appalling attack in Bulgaria one year ago, without facing the consequences. European nations have rightly come together in response.

“Designation will do nothing to affect the EU’s and the UK’s strong relationship with, and support for, Lebanon. As we have shown by our recent large increases in security and humanitarian assistance to Lebanon, the UK remains deeply committed to Lebanon’s stability.”

He noted: "We will have to distinguish as best we can between the group's various parts.”

“Hizbullah has a political role in Lebanon, but violence... is unacceptable.”

tom fletcher is a good ambassador. This guy appreciates lebanon...

Fair enough. Lets see what they do next.

fair enough? that's a "nice" speech, but what garanties do we have?
when israel bombed civilians and civilian infrastructure in 2006 the UK supported its "right to self-defense", is fletcher saying that next time they wont? what kind of hypocrite is he?

PS: fletcher dear, your country spearheaded the move to blacklist hezbollah, and you claim it is to deter actions in europe, but are you aware there still is no proof that HA had anything to do with burgas? i think you are, you can't be that clueless.

PS: quick, go wear a tie, you might get farateeners confused.

lol are you that bitter about hariri's militiamen getting spanked? tell me, does than mean can we also press charges against the perpetrators of the Halba massacre? this is where the most people died in May 2008. reminder:
http://www.liveleak.com/view?i=f4c_1210684354

also, i understand you loved sheikh assir a lot, and feel ashamed that this great warrior who filmed himself in syria shooting at imaginary targets had to run away dressed as a woman, but what does that have to do with HA?
do you consider the lebanese army to be under HA control? do you wish to go beg the EU to put the lebanese army on the terror list too? they still have ink, it's pretty cheap anyway, so go ahead.

waw so many things you are bringing up! let us deal with each one at a time:
I am not bitter about anyone, and halba has nothing to do with this decision: only hizbushaitan is labelled as a terrorist organization, thus they can be prosecuted :)
you show you do not understand anything at all :) I always voiced my rejection to assir.
Yes I do consider the army to be under the control of hizbushaitan.
No I do not want to beg the EU to put the army which is not a militia, on the terror list.
you obviously are missing the point: they can be sued now :) and it is starting to happen.

lol, so you just redefined the world justice system, as only organizations labelled "terrorist" can be prosecuted?
man you're really delusional, it's amusing to see you cheering at foreign powers and hoping they'll throw you a banana :)

the banana is what you always seek, but not to eat. :)

nice comeback geha, i suggest you stick to kindergarten-grade reflections, you are clearly better at them than at politics.

Love you Tom! Thanks for supporting the real Lebanese and not those working with the axis of evil

Dear inside_man,
I usually don't comment on Naharnet but your response to Zadig caught my eye. I thought it would be prudent to do a quick history lesson. Zadig is correct. Israel did provide the Iranian regime with weapons at least between 1981-83 for over $710million dollars thru Ahmad Haidari (Khomeini's goto arms dealer at the time) and Jacob Nimrodi (Israeli arms dealer). In addition to that, Israel also facilitated the transport of weapons involved in the Iran-Contra affair.

Just to hammer in the nails on this... If you go to Iran right now, the Tehran police station still uses Motorola radios imported directly from Israel (with logo and all).
part 1/3

Harriri gave you the international recognition and legal cover. You paid him back with assassination.
Lebanon supported your struggle against Israel. You paid them back with more assassinations and intimidation and blackmailing.
Power corrupts indeed. You gained so much power that you no longer had to hide your real goal taking over the coutry and enslaving it to Iran.

wow, it's so very convenient to not need proof for anything :)
this way you can make dramatic cheesy comebacks without worrying that they're full of $#!% and baseless accusations :)

IMO, Iran is in bed with Israel and has been for a long time. Do not believe the hype. Thru the Hizb the Shiaa community have been pawns for quite some time. Iran has the capacity to put boots on the ground, but they choose not to. They know better, the Iranians aren't stupid enough to send their kids to die for some random Arabs. Make no mistake, the Hizb will be discarded as soon as Iran cements its long term goals in the middle east. The Hizb's higher up's know this and currently have no way out of their deal with the devil.

Just a guess, but if things progress as they are now with no new game local game plan in view, this will play out thru an assassination of Hizb's top leadership sometime soon, maybe even Hassan himself, and then panic and strife will hit the Lebanese streets. Chaos, discord, distrust. Not a good prospect.

Just a thought, maybe the Hizb should consider bowing out gracefully and take the lead in forming a new team Lebanon, eh?

Last but not least, inside_man, I know name calling is common place on naharnet but it really isn't fair to poke fun at someone before doing the research on the topic.

inside_man,
Really funny video. It is almost like Ashura, but guns instead of chains and knives.

inside_man,
Really funny video. It is almost like Ashura, but guns instead of chains and knives.

add to his fake names: spirit, wolf, rebel, leber, lebpatriot and so many others. He is a loser.

Hey to Justice
I already said I have the pleasure to be associated with spirit, rebel, leber , including inside_man + the " Wolf" , but to your disappointment I'm a one of a kind !
Signed Rebel !!!!!!

We love you Tom! Thanks for representing the majority of Lebanese! Your a legend...there is no room for violence and no political party should be more superior to the other. Just wait till the GCC label HzBa terrorist group.....that'll put more pressure on a group who needs to wake up to reality.

inside retard, you call yourself a "man", answer gab here...:)

lol, zadig you're funny :)
so i'm gonna go with your logic too: to beat israel we should first start by beating their enemies.. and then trust israel to abide by international laws they never abided by since they were created (which predates HA's creation by about 40 years btw)... hmmm... what could be wrong about that? i wonder :)

PS: there's only one resolution that israel obeyed to, it's UNSCR425, take a free guess at how this happened ;)

if you create this club and manage to hold it together and disciplined and kick out one of the world's most powerful occupation armies, then be my guest.