Spain Aims to Welcome One Million Chinese Tourists in 2020 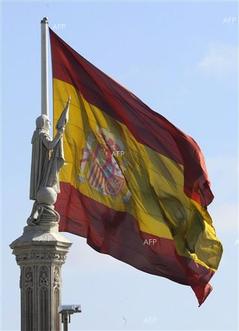 The country received 89,523 Chinese tourists in 2009, the last year for which figures are available, and Tourism Minister Miguel Sebastian said this figure should rise to 300,000 in 2012.

To increase the number of visitors from China, Spain plans to ease visa requirements for Chinese nationals, encourage more direct flights between the two countries and open more tourist offices in the Asian giant, he added.

The government also plans to publish guides about Spain in mandarin and encourage restaurants and hotels to offer foods and opening hours that are more suited to Chinese tastes.

"This increase in the flow of tourists will increase knowledge about Spain in China and knowledge of China in Spain," Sebastian said at a China-Spain business forum in Barcelona.

Spain has just two tourist offices in China, in Beijing and Guangzhou and Air China, China's only national flag carrier, is currently the sole airline to offer direct flights between the two nations.

The minister will present the government's plan to boost tourist arrivals from China, the world's most populous country, in Beijing on July 27.

"We want to attract Chinese tourists, since Spain is a great country that has much to offer and where everyone can feel at home," Foreign Minister Trinidad Jimenez told the gathering.

While most of China's 1.3 billion people live on just a few dollars a day, the country is producing a burgeoning middle class that can dwarf the populations of many other countries, and who are eager to travel abroad.

The U.N. World Tourism Organization estimated that the number of Chinese tourists visiting foreign destinations will number 100 million by 2020, up from 31 million in 2005 when it was the seventh biggest spender on foreign travel.

Most overseas trips by Chinese are to other Asian destinations, but they are increasingly heading to Europe and the United States as restrictions on travel to these regions ease.

Spain slipped from third to fourth place among the world's most visited countries in 2010, behind France, the United States and China, according to figures from the UN World Tourism Organization.