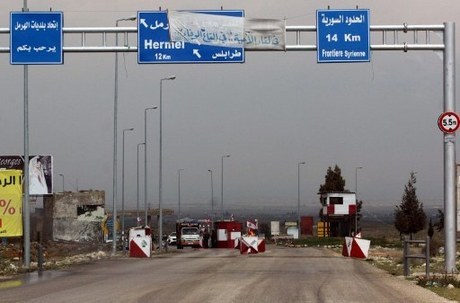 Three people were arrested on Wednesday for transporting weapons from Syria into Lebanon, reported the National News Agency.

The Army Intelligence arrested the Lebanese suspects after discovering weapons in their van as it arrived from Syria to the Bekaa's al-Hermel region.

NNA said that the army monitored the activity of the van as it entered Lebanon from Syria at noon.

It soon halted the vehicle and discovered a number of grenades and light and medium weapons on board.

In August, the Internal Security Forces Intelligence Bureau seized a truck that was carrying ten 107 mm rockets as it arrived in the Bekaa from Syria.

I bet it wasn't headed for the Lebanese Army. I wonder who possibly it could have been intended for.......how about HA as a guess?

Lololol...look who's talking about 'educated guess'. First get an education BEFORE you preach such manure. As always...the_BORE speaks out of his rear! Yes Phillipo....very likely it was HA or belonged to their fraternity of evil!

Mr. Nasrallah's organization should pull their teams out of Syria and any Lebanese fighters caught trying to cross into Syria to fight should be arrested and tried at once.
The Amry needs to take full control of the border regions. North and South.