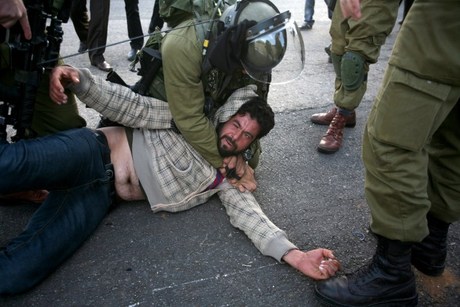 The three men -- Jamal Tawil, Hussein Abu Kwayk and Faraj Romana -- were arrested in the West Bank city of Ramallah.

All of them are senior West Bank members of Hamas, the movement which governs the Gaza Strip.

An Israeli army spokesman would only say that three unnamed Palestinians were arrested, but gave no further details.

Hamas has ruled Gaza since it forcibly took over the territory in June 2007, but many of its members remain in the West Bank, which is ruled by the rival Fatah movement of Palestinian president Mahmoud Abbas.

On Monday, Israel arrested another 15 Hamas members, two of them MPs, in arrests in the northern cities of Tulkarem and Nablus, and in Hebron in the south, Palestinian sources said.

The army confirmed only 10 arrests.

Hamas condemned the arrests as a conspiracy by Israel, Washington and the Palestinian Authority linked to the ongoing peace talks, which the group firmly opposes.

Thursday's arrests came a day after Israel released 26 long-serving Palestinian prisoners as part of commitments to the peace negotiations.